The Parenting Project: The Art of Discipine 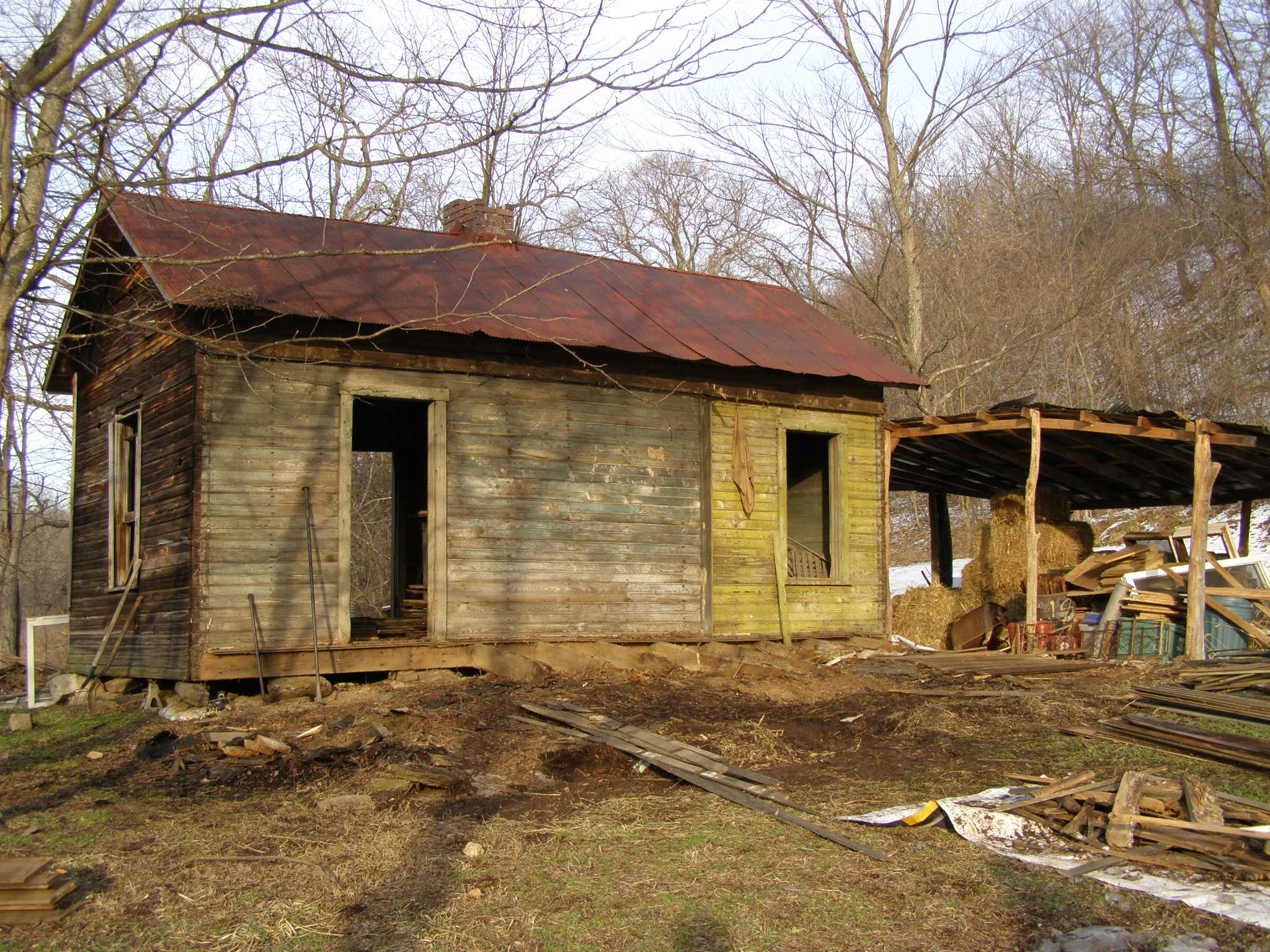 I have been wanting to write an appeal to parents everywhere to discipline their kids.  I’ve been praying for the inspiration to write it and feeling like I had writer’s block… until now.  And, honestly, it wasn’t because I suddenly was inspired with literary brilliance… it was because of 2 recent experiences, that I am finally writing this.

One was yesterday.  I saw a video of an undisciplined, spoiled 16 year old boy, taking a baseball bat to the truck his parents had bought him for his birthday, because he couldn’t handle driving something that would make him look poor, and though it was pretty ugly, it ran well (according to the mom, who was incredibly embarrassed by her unruly, obviously under-parented child, and tried to shut off the video camera that her other son was holding).  The punk almost hit his dad with the baseball bat in his self-centered rage.  It was appalling!

The other event hit a little closer to home.  A 14 year old who has not had the privilege of being well disciplined, especially by both parents, held my 14 year old underwater for about 30 seconds the other day, because my son tried to tell him that something he was doing was foolish.  Thankfully my son didn’t die!  Thankfully he didn’t suffer brain-damage!  Thankfully he had a friend there to tackle the un-disciplined, over-sized boy and wrestle him off the underwater one.

These boys didn’t get there without some neglect of their parents, when they were 2, 3, 4 years old and should have been getting spankings or time-outs or whatever sort of consequence fit the crime.  I certainly don’t mean any self-righteousness in writing this.  I recognize that it was due to the benefit of others who were older and wiser than I, teaching me these very same ideals when my kids were little, that they received the discipline that they needed as toddlers.  I only write this in hopes of affording other parents (and thereby the future generation) the benefits given to our family.

When my precious 14 year old was about 2 and 3 years old, I spent countless hours, pretty much every single day, on the floor holding his arms and legs against his body, so that he couldn’t knock me unconscious in his unmerited rage.  Kids are born selfish and sinful.  Don’t try to convince me otherwise, because I will win that debate.  I’ve been watching humanity and the way it works for 36 years.  Yes, they are precious and wonderful, but they also need trained.

I do not wish to give an unbalanced view.  Discipline should not be had at the expense of love and care and compassion.  The Bible teaches us that “All Scripture is inspired by God and is profitable for teaching, reproof, correction, and training in righteousness” (2 Tim. 3:16).  It is balanced.  God’s wisdom (as defined in Scripture) is good for reproof and correction, but also for teaching and training in righteousness (2 negatives and 2 positives).  That means that we, as parents, should be like the Living Word of God and teach our kids, correct them, reprove them when they need it and train them in righteousness.

And we can’t possibly, adequately discipline our kids if we don’t care deeply for their eternal well-being.   You can discipline them because you’re ticked off and just want revenge… and that’s not discipline, it’s revenge.  You can discipline them because you’re frustrated with how their negative behavior is affecting you, and you will fail to touch hearts and will instead do “behavior modification”, and their sinfulness will continue, possibly as a bitter undercurrent filling their hearts and bursting out in fits of rage, or sneaky disobedience…. and you will lose the heart and trust of your child.  Neither of these is true, beneficial discipline.

Discipline’s goal is self-discipline.  We want our kids to regulate themselves at some point. Discipline should be like fine art.  It should take sacrifice and intentionality.  It should be done with a long-range view of what you want the finished product to be.

It says in Hebrews 12 that “What son is there whom his father does not discipline?  But if you are without discipline, of which all have become partakers, then you are illegitimate children and not sons.” And then it goes on to say that “All discipline for the moment seems not to be joyful but sorrowful, yet to those who have been trained by it, afterwards it yields the peaceful fruit of righteousness.”

It is safe to assume, if we take the Bible at face value, that loving parents discipline their kids.  Please, folks, I’m begging you from the bottom of my heart.  We’ve got a crazy amount of kids that are growing up to be selfish monsters and a society that teaches us that correcting and reproving our kids is wrong and abusive and a Bible that teaches us that if we want to see our society get any better, we have to defy it’s faulty teachings about disciplining our kids.

I can’t recall who it was, but someone told me that between birth and approx. 4 years old you have all authority, then between 4 and 18 you wean from authority to influence, until at age 18, you hope you’ve proven your love and wisdom to your kids and they still want your influence.  This is a plea for those first 4 years.  Use your authority well.  Don’t neglect it or deny that you have it.  Use it to teach, to guide, to correct, to teach them how to follow those who are older and wiser.  Teach them about authority.  Teach them to obey their parents.  It’s the only command in Scripture that comes with a promise of blessing.  That means if we don’t teach our kids to obey us, in a roundabout way we are robbing them of a blessing, that it will go well with them and that they may live long on the earth.

I used to beg advice from all the other parents who I respected.  They all seemed to give the same, obnoxious advice (I wonder if the Lord was trying to drill something in).  “Consistency!”  They all said it.  It’s true.  Your kids need boundaries set and then they need them upheld.  You may have to spank a kid 20 times over the same offense.  Do it anyways.  I know it’s exhausting.  You know what’s more exhausting?  Dealing with a kid with the same issues in a much larger body!

And yes, I did spank my kids.  That may not be the most effectual tool for your specific child, but it was for all of mine and every single one of my kids told me (even during their “spanking years” which ended around 4) that they were thankful or felt loved by getting spanked.  It doesn’t matter what you do, as long as it works for your kiddo and there’s a consequence.  I said “spank” because most parents, it seems, are scared to do that, because society tells us it’s abusive and threatens consequence.  If it’s done in love, it’s not abusive at all.  In fact, before I started spanking my firstborn, I actually was being abusive because I would yell, rather than give consequences, so I was just trying to scare/threaten him into obedience.  This is horrible parenting (Thank God for all those older, wiser parents who set the example of spanking in love).

I heard a great parenting sermon online once and in it, the preacher said that disciplining kids is an opportunity to preach the Gospel over and over and over again.  We get to teach them about sin and forgiveness.  Feel free to hug them when you’re through.  Consequences should be followed by forgiveness.  But don’t let that be the only time you hug your kids, or they will disobey just for the attention they get when they are being corrected.

In our family, we followed a policy that I believe to be utterly crucial for toddlers, called “First-time obedience”.  Kinda self-explanatory, right?  But we also (and this was just our own preference) welcomed questions (after obedience) as long as they were respectful.  I didn’t want nagged or undermined, but I did want my kids to know that there was a purpose and some sort of wisdom behind all of my rules, and I also welcomed the accountability, so I wouldn’t just start making up rules because they were convenient for me.  I didn’t want to be that mom that was always self-serving at the expense of her kids liberty.  But the first time obedience part is crucial, because it could be a life or death kinda thing.  If you have a kid running towards the road and you yell “STOP!” and they keep running, meanwhile asking you “Why?”, they may very likely die.  It’s crucial that they learn to obey immediately.

If anyone ever says parenting is easy, they are probably dropping their kids off at daycare or letting them watch movies all day, and they won’t think it’s easy for long.  It takes a lot of sacrifice (some kids more than others), and you can either sacrifice willingly when your kids are little, or sacrifice against your will later on, when your kids are completely unruly. 2 Timothy 3:2-3 teaches us that one of the signs of the last, tumultuous days of the earth’s existence is that “men will be… disobedient to parents… (and) without self-control” along with a whole slew of other offensive things, most of which could’ve been taught out of them if they had only been disciplined by loving parents when they were little. Please, folks, we need to turn this train around.  We are bringing up a generation that looks like these people that are a reflection that we are living in the last days.  And we are believing our culture, over the Bible, when it undermines the importance of discipline, and even defies it.

I know I have a lot of friends that adore my amazing sons, that imagine that I must have done everything right and may read this and look for treasures of wisdom and reject the Biblical parts, but you just can’t do that.  If the end goal is self-control, which is a fruit of the Spirit (Gal. 5:22), so how can we impart a gift from God apart from God?  “The fear of the Lord is the beginning of wisdom” and if you want to raise amazing kids, look to the Bible before you look to me, because for all of the older, wiser, mentoring parents that I was blessed to be exposed to, the Bible has always been my greatest Mentor and was in fact, the foundation of the lives of all of those I sought advice from.  Honestly, ya’all, the Bible is still, even to us parents, “inspired by God and profitable for teaching, reproof, correcting and training in righteousness”.  Amen.

P.S. I chose the picture at the top of this article, because it reminded me that this is what we build if we fail to discipline our kids and teach them self-discipline: empty, abandoned houses.  May God be with you as you seek to make incredible humans out of them!