Smiles had a vision recently.  In it, he was looking through the eyes of someone seeking after God.  In the distance, he noticed a cross and it appealed to him.  He began moving towards it, when suddenly, violently, a church building dropped out of the sky, blocking his view of the cross.

A few moments after receiving that vision, he was engaged in conversation with someone who has spent the past however-many years of her life living as a christian missionary among the Maasai people of Kenya (one of the best known and oldest tribal groups in Africa).  Smiles posed a question about what the greatest challenge is, in proclaiming the Gospel (good news) of Jesus to the Maasai.  Her answer (as relayed to me) was that in the 60’s a group of “missionaries” came and basically taught the Maasai that they had to become American to become Christian.  Now, her group of missionaries strives to undo that damage and show them that God wants to redeem their culture, not change it.

As a Christian who lives well outside of social norms, I find it difficult sometimes not to be disheartened. 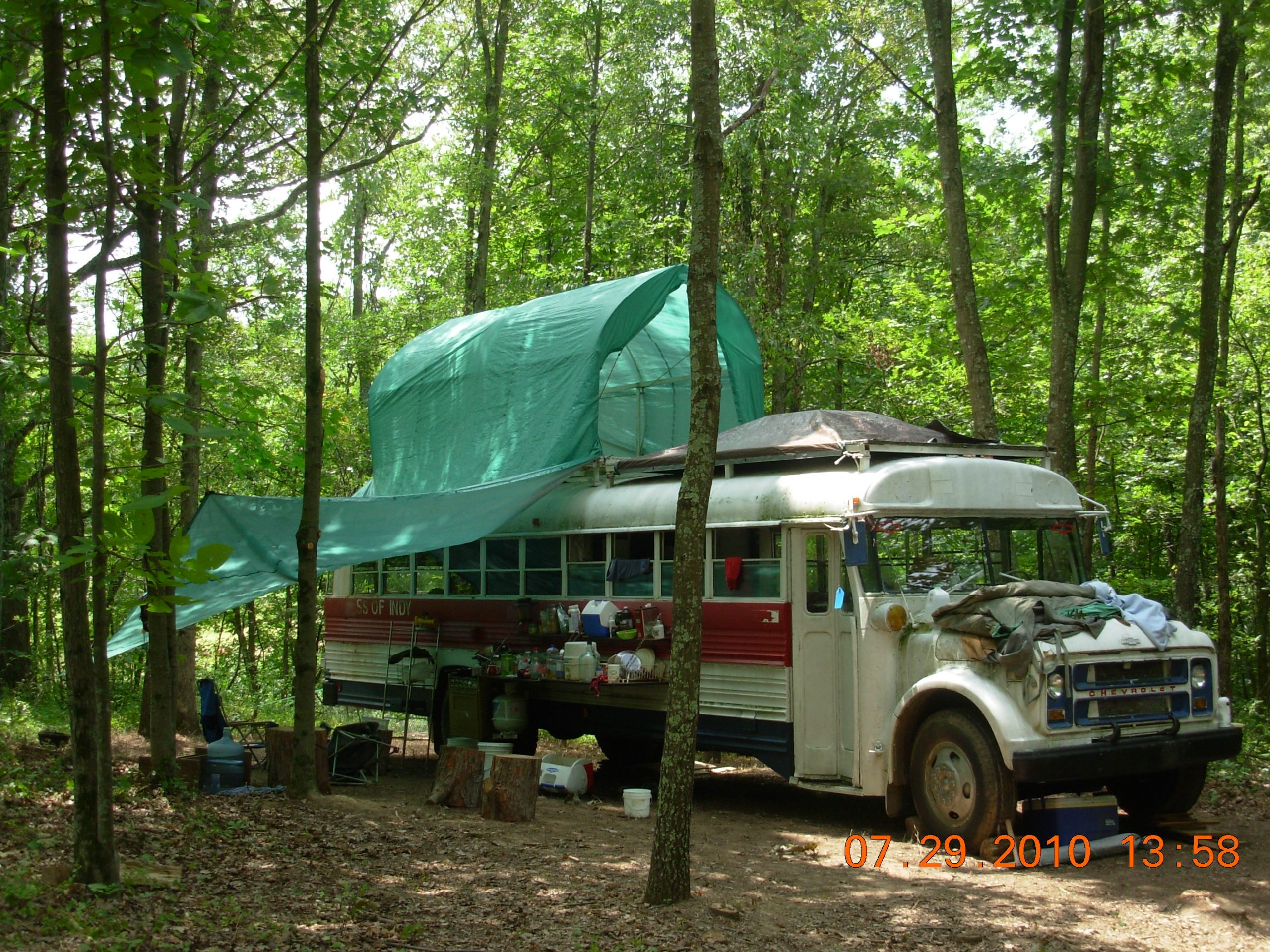 Sometimes I just feel really lonely, too.  I don’t-quite-fit in two cultures that most people seem deceived into believing don’t mesh.  But if you are a Christian, then Jesus is your culture.  The laws that keep order in his community are laws like “love eachother” and “visit the widows and orphans in their distress”.  They are NOT laws like “don’t smoke cigarettes” and “dress up on Sunday mornings”.  I’m not sure how people can actually think those are biblical standards to place on others or even themselves.  It seems so superficial.  And Jesus is anything but superficial.

We want to govern the outside of the body, He wants to reside in the deepest parts of our hearts.

I love Jesus with all my heart, but if you guys saw some of the ways that we were treated by church-goers, and even pastors, in our traveling days, it might make you barf or want to punch someone.  Thankfully, Jesus had enough of our heart that we blamed people and not Him for the lack of hospitality and warmth in the “church”. 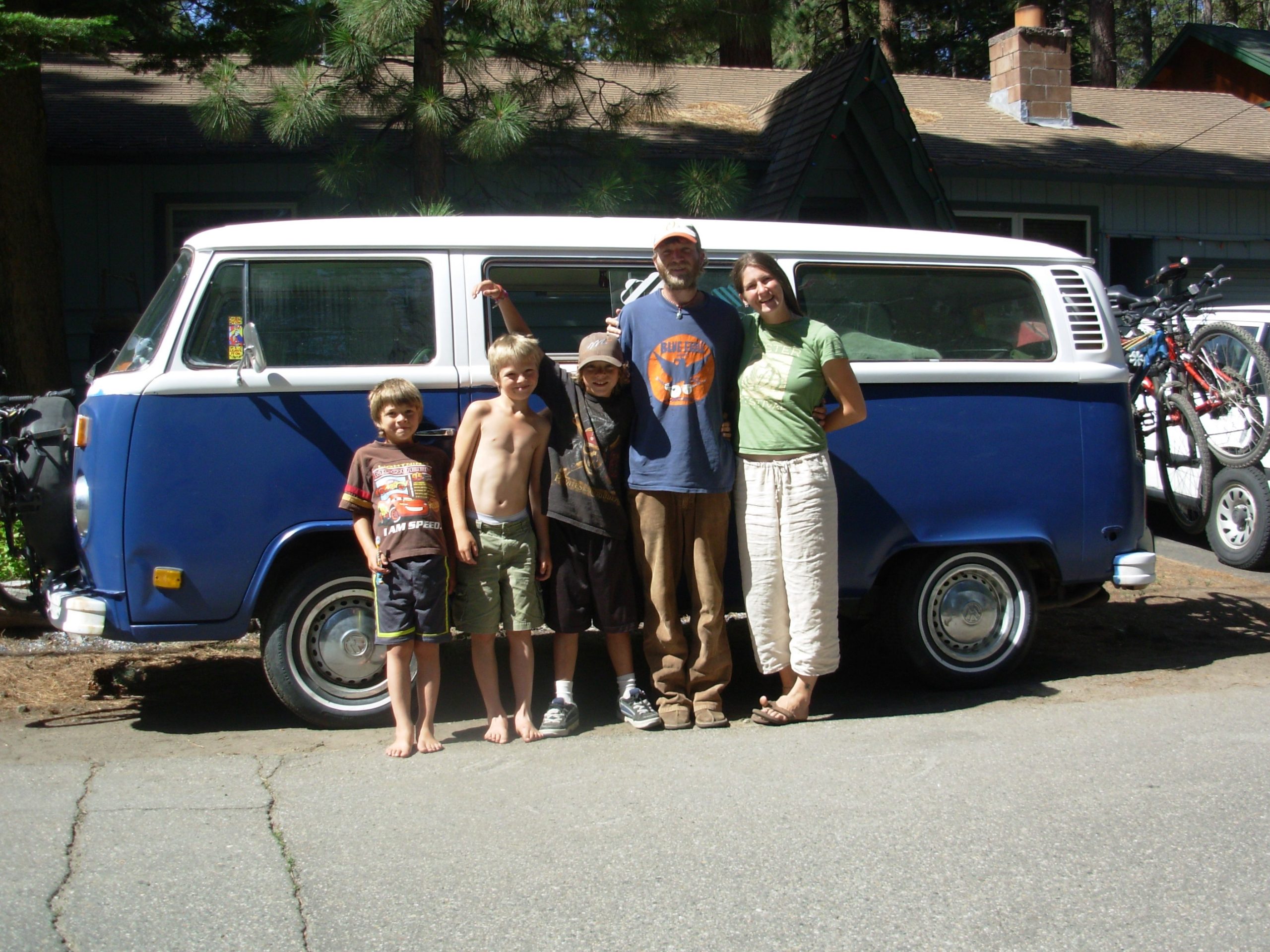 If this is your experience, please don’t be disheartened, entirely.  There are some of us that still gaze at other human beings, even ones covered in filth, and see God’s Image.  We are not all hateful.  In fact, at this point in my life, I know many more loving people who call themselves Christians, than unloving people.  I also have a feeling that many of those especially-unloving people are not actually Christians, they’re just posers, who gather in buildings on Sunday mornings to sing songs to the Guy they think is going to spare them from hell.

I guess the point in all of this is that if you are on the fence as to whether or not Jesus is amazing, just because we all make Him look bad, well, He is far more amazing than you could ever imagine, even if we represented Him much better than we do.

Another point I’m hoping to make in all of this is that you don’t have to wear a suit and tie to love Jesus.  If you are one of those self-righteous people that think your wardrobe makes you more holy and that you can only show “reverence” for God if you dress up and that makes you better than others who don’t dress like you on Sunday mornings, then repent.  You don’t earn brownie points with Jesus.  We are to be dressed in His righteousness, not fancy clothing.  And if you are one of those people that thinks you can’t be a good Christian because you don’t have the right clothes, or because you’d be denying yourself to try to dress like someone that you are not, then don’t believe the lie that Jesus is overly concerned with your attire.  Some of the best Christians I’ve met dress like paupers and wear the same clothes on Sunday that they’d wear any other day of the week.  I’m not saying dressing up is evil, but not dressing up isn’t evil either.  And if sweat pants are going to make you more comfortable in church, well, God wants pure hearts, not fancy attire.

I heard a story once of a really judgmental church.  A new family showed up and the people of the church judged them harshly, because the man of the family always wore sweat pants (and they were poor, so the others couldn’t dress fancily either).  Finally, the pastor approached the man about it (insert painful moaning noises coming from my gut).  The man responded by telling the pastor that he’d been in a fire and his lower half was badly burned.  Sweat pants were the only thing he could wear that weren’t excruciatingly painful.  That family stopped going to that church and at least some of the folks that went there learned a monumental lesson.

At some point, it occurred to me that GOD MADE ME A HIPPIE!  I didn’t have to give up all of my Grateful Dead bootlegs… I could be simultaneously worshiping Jesus AND listening to the Dead!  I could dance like a crazy lady and He actually made me to do so.  I could even care about my neighbor BY caring for the earth.  Environmentalism is not necessarily idolatry.  (But, as a side note, not caring at all about the environment is a disdain for God and mankind, both of which are our highest calling to love.) 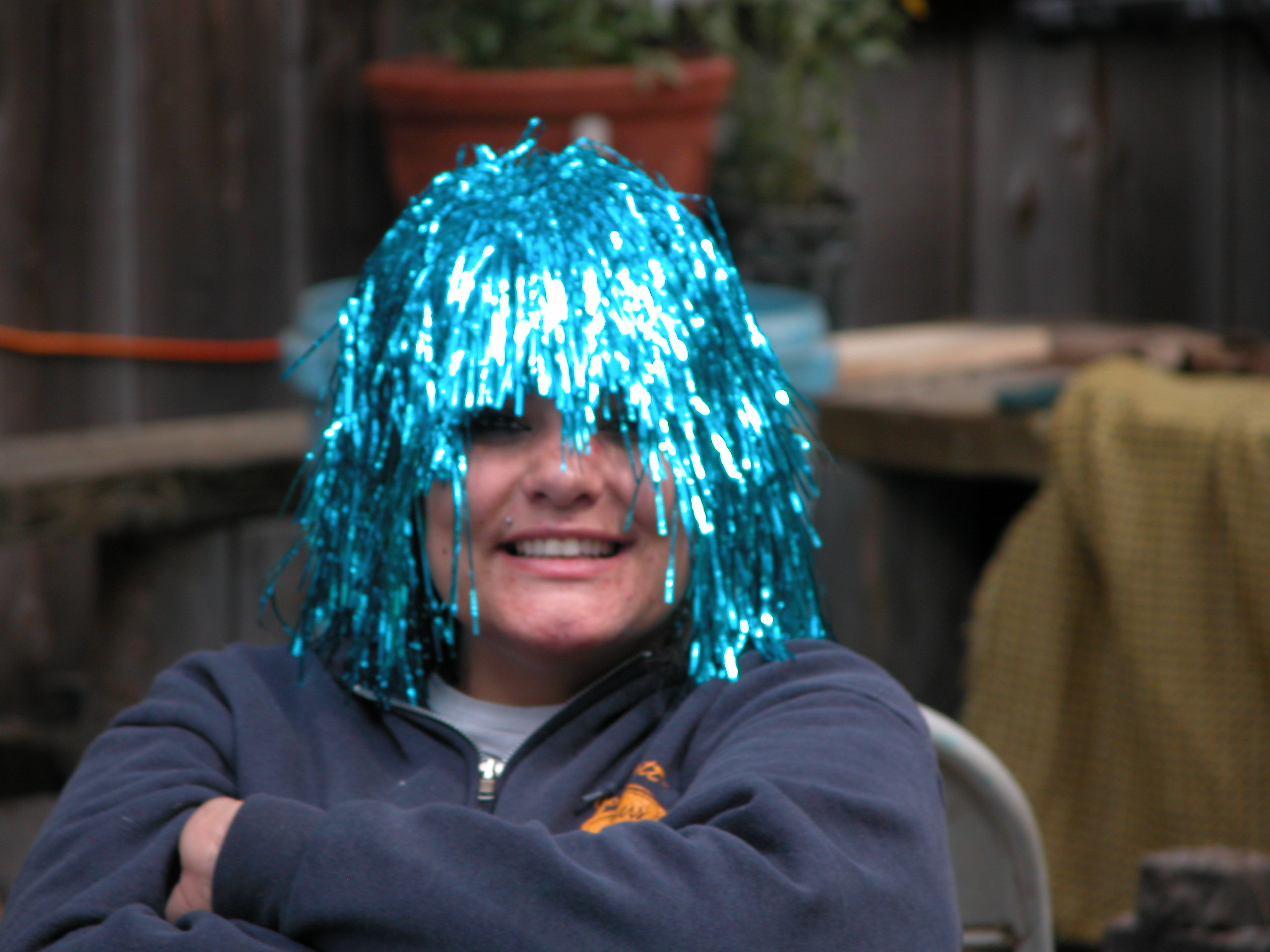 And I’m more sorry than I could ever express for what I’ve done and what others who call themselves Christ-followers have done to make anyone feel like Jesus wants them to be different than the way He created them, or that He doesn’t want them until they’ve gotten their life in order.  I am so sorry for the ways that we’ve made people feel like our churches are social clubs that they aren’t welcome at.

I’m so sorry for the ways that we’ve deceived people into thinking that Jesus doesn’t love them just exactly like they are, or even that the word “church” means “a building”.  Church actually means God’s people, His family, and His family is a radically inclusive one! 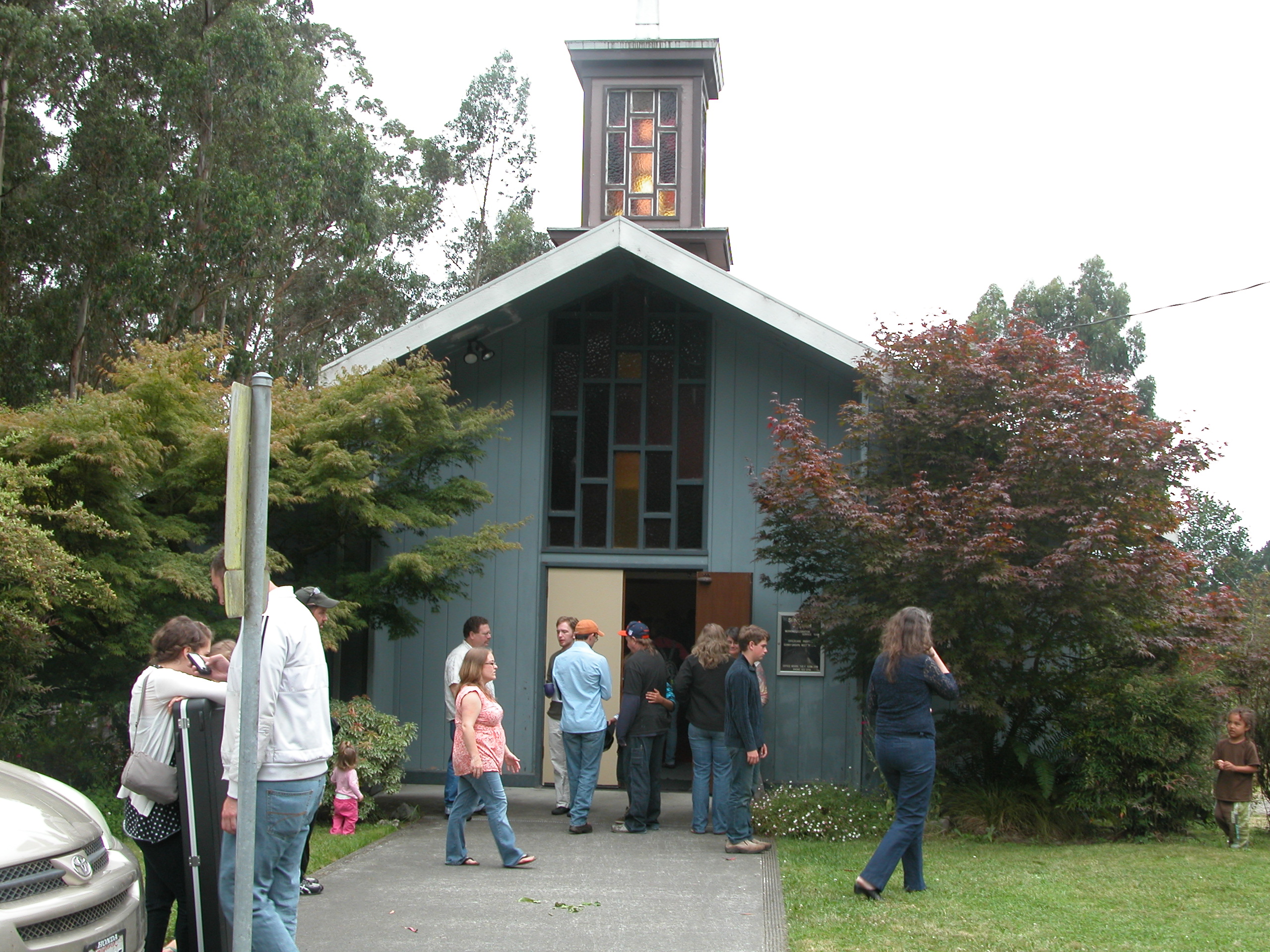 And most of all, I am so, so sorry for giving off the vibration that we think we are better than others.  There’s a really precious verse in the Psalms that says “I have no good besides you”.  This verse does wonders for my soul, when I remember it, because it reminds me not to be self-righteous about any of His good works inside of me.  It makes me grateful when I see His good works, instead of being emboldened towards arrogance.

If you read the Scriptures, you’ll notice that the people that Jesus chose were raggamuffins.  He didn’t pick the politicians and celebrities, He picked prostitutes and Lepers (hyper-contagiously diseased people).  He picked scallywags and swindlers and people that made Him look bad for hanging out with them.  But He didn’t care about their reputations.  He cared about their souls.

Some wise, white-headed saint once told me that “the church isn’t a museum for saints, it’s a hospital for sinners”.  I hope with all my heart, that those of you who are reading this and have been blaming Jesus for all the crimes, like complacency and judgment, that you see in the church, will see past us and see the Exalted One who reigns forever and ever!  God is pursuing you like a ravishing lover, and He doesn’t want you to bother trying to polish yourself up… He wants to make you holy and glorious, from the inside-out!  And that, my friends, He does in an instant.  The instant we place our trust in Him.