The Legacy and Majesty of Grace

On the drive to school today, Forest (who is about to graduate high school in a couple weeks) said to me “I just don’t understand why some people think of God as an angry judge”.  I almost wept.  I would have, except that I was driving and it would’ve been the giant, cheek-soaking tears that you can only cry in immense grief or immense joy.  For me, it was joy.

I’d like to see if I can describe to you where I was at in life, at his age…. I’m not sure if there’s adequate words, but I’ll try.

I see a black hole.  Deep, gruesome despair.  Anguish.  Self-loathing.  Suicidal thoughts.  Deadness.  I was hollow on the inside.  I had made myself that way.  No one can face the things they have done (without comprehending and accepting grace and forgiveness) when the things they’d done were as bad as the things I’d done.  I had defiled myself in just about every way one can be defiled.  I had spat on every moral code that a dignified person should abide by.  I was ruined on the inside.

But then came Jesus, my Savior, my knight on a white horse, coming to place a crown of grace on my head.  But I kept casting it off, feeling unworthy.  For the first 7 and a half years, I believed, in theory, that He loved and forgave me, but I still keep feeling like, well, like maybe He was an angry judge, shaking His head every time I screwed up again.  I knew this wasn’t right thinking, but when you have carried as much guilt as I had, for as long as I had, well, it’s hard to shake wrong thinking when it is a deeply embedded habit.

Finally, after the better part of a decade of believing in God, but not really believing Him, I was fed up with living the non-abundant Christian life and I dumped the wretchedness of my heart out to God in deep pleading.  And He met me, there face down on the floor of my bedroom… and over the next days, weeks, months, years, He continued to speak His precious Word, His love song over me.  And it is a love song of abundant, flooding grace that doesn’t even notice our mistakes, that never judges us based on them and throws our sins as far as the east is from the west, that just adores us from the inside out, through and through, like a tender Father to His precious children.  We are adored, treasured, loved, sought after, pursued by the most magnificent King and Lover, in all the most soul-vibrating ways that manifest the richest freedom and delight.

It was a process of learning these things (these treasures of the Word and of the Kingdom) and having them nuzzled down deep into my consciousness… a re-training my mind to have the mind of Christ and think like He does about me and all of His creation… but when you wrestle with something, the lessons become more thought-consuming.  I always say that there are some lessons that can only be learned in suffering.  This may not be entirely true, though.  Because my sons learned the lesson of grace through MY suffering.  And it has been the vision with which Forest (and his brothers) perceive the world around them!   Once we know Jesus in this way, we become infatuated.  For He is so worthy of our affections and when we realize how deeply loved we are… well, it stirs us to love Him back.

So when my son, at 17 and a half years old, can’t fathom how anyone could not comprehend God as the magnificent, Grace-gushing God that He is… it makes my heart swell with glee, because I know that he knows God this way because someone else suffered to learn it and then had the honor of raising him.  This is redemption!  And I would happily suffer all these things again so that my sons could simply, joyfully know Jesus intimately, for Who He really is.  So my heart pours out my eyes in gratitude.  For my God is a consuming fire… and He consumes us with His incredible, infatuated grace!  Oh Hallelujah!  I’m so in-love! 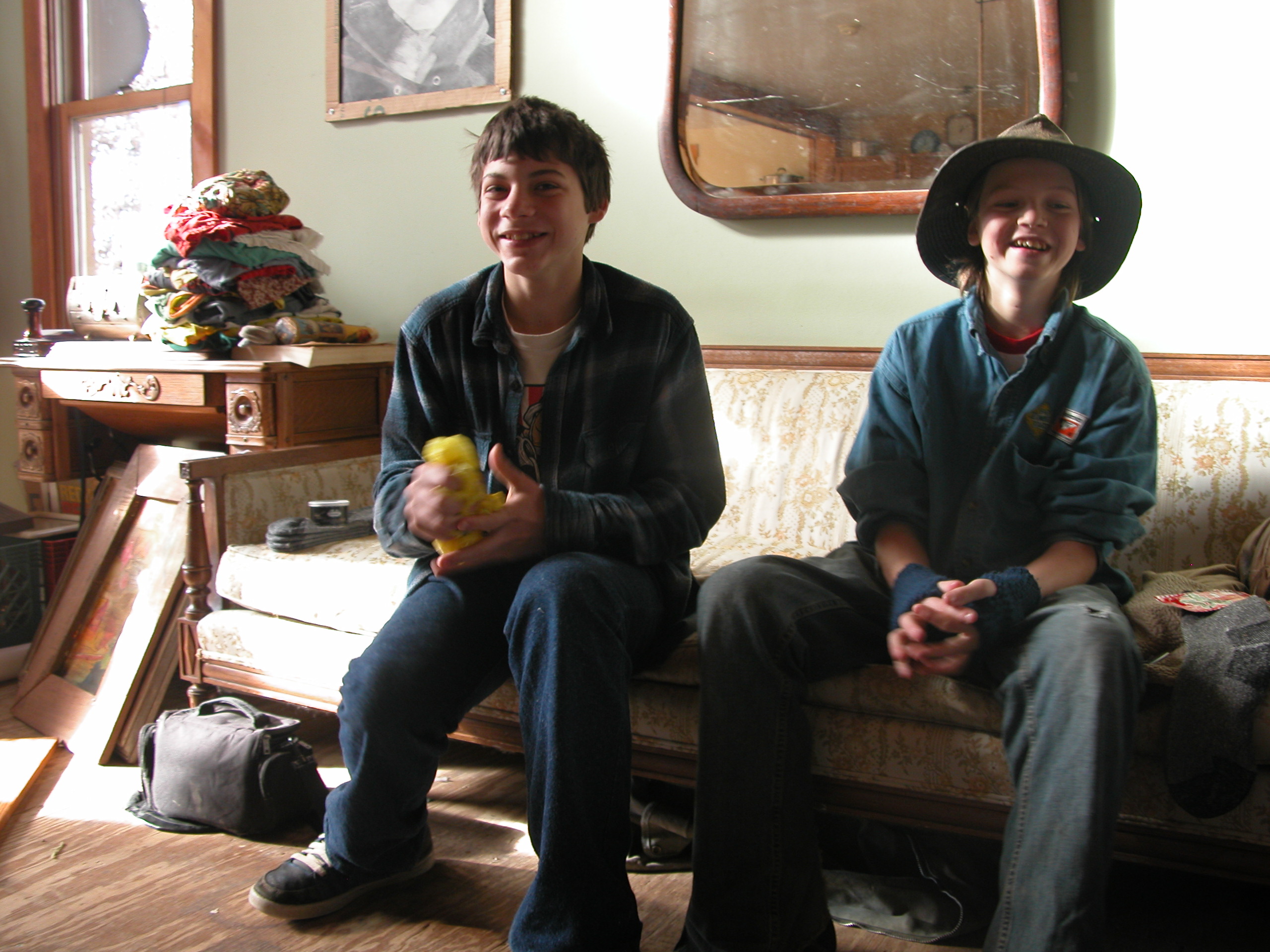