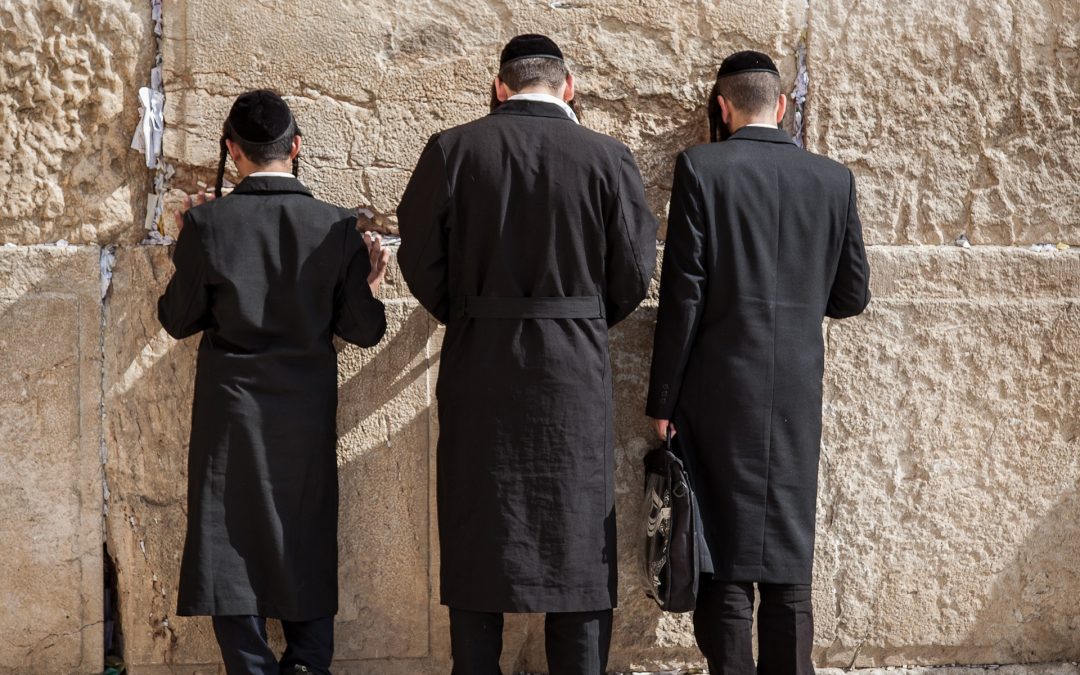 It intrigues me, how the Bible talks of two groups of people who were the religious zealots of Christ’s day, but we usually only focus on one.  The Pharisees.  How few of us ever even consider the Sadducees?  I know I am guilty of such an overlook.  Recently it occurred to me that there may be a subconscious reason for this oversight.

What exactly was the difference between these two very similar groups of people?  One (the Pharisees) believed in the resurrection, while the other (the Sadducees, of course) did not. The Pharisees were the more heavenly-minded of the two groups, while the Sadducees thought of their Jewish devotion only as it pertained to earth, because they didn’t believe in the resurrection, so what did heaven or the after-life matter to them?

I cannot help but musing over what the underlying meaning of this might be, that we tend to overlook the ones who were so narrowly focused on earth, and we lump them together as though the Pharisees were the only ones who mattered?  My guess is it’s due to the fact that many Christians seem to walk around with blinders on, like horses whose owners are trying to keep them focused on what is directly before them without the distraction of their peripheral.

Heaven is in our peripheral.

Many Christians are so preoccupied with the here and now, with how we are performing, how we are representing Jesus, how we speak of Jesus, whether or not we make good decisions that God would approve of.  But it is entirely self-focused, which is an form of pride.  In fact, usually when Christians are preoccupied with performance, it’s not just our own performance we are judging.  I’m not saying it’s bad to consider how we treat one another or ourselves during our stay on this planet, but I am saying there is so much beyond the practicalities of life.

In the Psalms it says “Those who look to Him are radiant and their faces will never be ashamed” (34:5) and “How blessed is the man whose strength is in You, in whose heart are the highways to Zion (heaven)” (84:5).  If we shield our vision on the eternal delights, we lose hope to endure the trials of earth and our faces never become radiant with the Shekinah glory of one who looks to Him.  We do not have the strength of one whose heart is set on course to Zion.

I would argue that those who live with radiant faces set towards Zion are actually more effectual at loving their neighbor than those who are narrowly focused on living well on earth.  I should know.  I’ve been both.

I would also argue that the reason we naturally overlook the Sadducees is because we, the Church, are too much like them.  We can so religiously devoted, but our focus is rooted in arrogance, on our own abilities to act well.  We think God loves us because we perform, rather than seeing His full-faced love and it transforming us into those who overflow with love towards Him and others and even self.

Not that I want to be like a Pharisee, because both parties missed the Messiah standing in front of them.  He looked to them like a raggamuffin rebel who didn’t comply with their tyrannical, extra-biblical rules, so they killed Him.  But I do want to be that person who spends so much time enjoying God’s friendship and the future hope of eternal bliss, that I rupture blessings on everyone around me.  So that I more naturally do the things that will bring Him honor.  Oftentimes we can look the same on the outside by making similar decisions, whether our perspective leans more towards Pharisee or Sadducee.  Either type of Christian is less likely than an unbeliever to be sexually immoral, gossip, get road rage, etc.  The distinction is buried below the surface.  Earthly-minded Christians might act holy, but it’s usually rooted in unholy motivation.  Whereas those who linger in the Presence of God tend to not only act holy but exude the aroma of Christ.  Because when we spend time in His Presence, we learn to have full confidence in His affection for us, and it amplifies our delight in the future glory of seeing Him with unveiled faces!