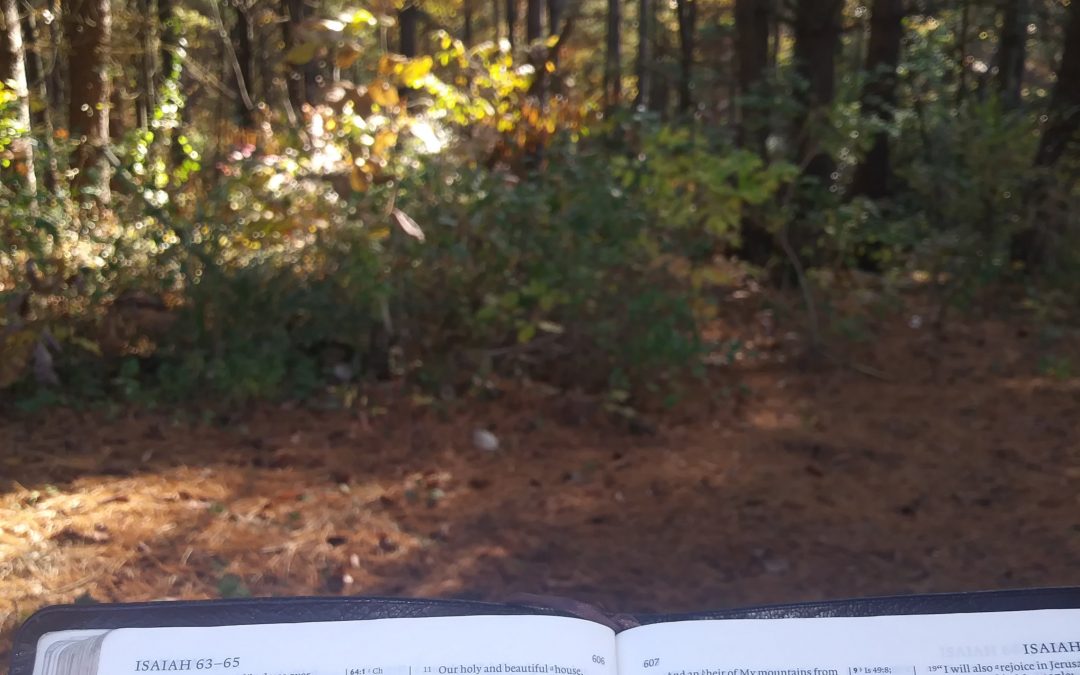 I am reading and reeling.  One, small verse in 1 John and I see nearly my entire book summarized.  Because this is the power of God’s Word vs. man’s words.  His words pack punch!

1 John 2:28 says “And now, little children, abide in Him, so that when He appears we may have confidence and not shrink from Him in shame at His coming.” (ESV)

“Abide” means “to remain, stay, wait”.  In John 15, we see the same word being used to describe the relationship between branch and vine.  A branch cannot live if it is severed from the vine.  A branch who refuses the nutrients the vine offers will also shrivel and die.  There is nothing a branch is especially capable of, other than simply remaining, growing, staying connected… and it is grace that no one and nothing has severed it.  A branch doesn’t create itself.  It simply is.  And it simply stays.

I am not saying service is always bad, but is it an overflow of relationship with Him?  Is it the fruit of being connected to the vine, or is it self-effort?

There are more times than I care to admit, where I have shriveled up because my writing-service wasn’t rooted deeply enough in the Vine.  I was trying to finish what He had called me to, when the core of what He calls me to is to simply be with Him.  To enjoy Him.

But back to John’s letter: “ so that when He appears we may have confidence and not shrink from Him in shame at His coming.” (1 John 2:28)

This is where the book summary transpires.

I spent the first quarter-century of my life thinking that God’s kingdom was about doing.  About acting my part.  If I failed, He wouldn’t like me as much.  If I succeeded, I would be more fruitful (the opposite of what true fruitfulness requires, which is simply to stay connected to the vine, and get periodically pruned).

When I was 25, I hit a proverbial wall.  I couldn’t keep moving with these cumbersome shackles of shame around my ankles.  I got on my face, pleading for God’s deliverance.  He was faithful, and I have never been the same!

During the weeks and months following my face plant, the Lord began to show me my actual identity in His Kingdom.  He began to show me I was beloved, not because I performed well enough, but because He chose to lavishly love me like a daughter and as a bride.  I was pure, not because I didn’t sin, but because He nailed my sin in His body to an ancient Roman torture device.  I was free, not because I could do whatever I wanted, but because my soul was no longer tethered to the slave master and deceiver of this world.  It says in Romans 8, “Therefore, there is now no condemnation for those who are in Christ Jesus.  For the law of the Spirit of life in Christ Jesus has set you free from the law of sin and of death.  For what the Law could not do, weak as it was through the flesh, God did, sending His own son in the likeness of sinful flesh, and as an offering for sin, He condemned sin in the flesh, so that the requirement of the Law might be fulfilled in us who do not walk according to the flesh, but according to the Spirit” (vs. 1-4).  Jesus had severed my ties with the law that had kept me bound.

I could “have confidence and not shrink from Him in shame at His coming”.  But there is so much freedom beyond simply knowing we are accepted.

A friend stood in my kitchen recently, telling me about the first time she ever heard someone being truly vulnerable, and she thought, “YOU’RE INVINCIBLE!”  When she said it, my heart leapt, and I thought, “I’M INVINCIBLE!”  I am the woman at Sychar, who ran back to her hometown to tell everyone, “Come see a man who told me all the things that I have done: this is not the Christ, is it?”

Because I know the shame-abolishing forgiveness of Christ, I can hold my head high in confession.  I can admit all the things I’ve done and still do, because I know with full assurance that He has already come “in the likeness of sinful flesh, and as an offering for sin” and “condemned (my) sin in the flesh, so that the requirement of the law might be fulfilled” on my behalf.

But there is more to this abiding.  It not only liberates us from shame, but it makes us excited for His coming.  Those who don’t shrink in shame, are free to BE WITH Him.

We know a secret.  Once the shame is abolished, and we have remained awhile,  basking in His Presence, enjoying His Word, delighting in His creation, practicing stillness, we begin to comprehend just how lovely He is.  We begin to memorize the lilt in His voice, and the etches of His smile.  Our shame had prevented us from looking boldly into His face, but with the shame gone, we begin to turn our gaze upward and find He is unfathomably gorgeous! Abiding gets easier as we practice, because we who once rushed away, are now captivated by His beauty and kindness!

Abiding is an invitation into intimacy.  “Come.  Be.” is the wooing of Jesus to His Church.  To His Bride.  He is the lavish Father, embracing His wayward sons and daughters, ushering us to a banqueting table.  He is a quieting Spirit inviting us near.