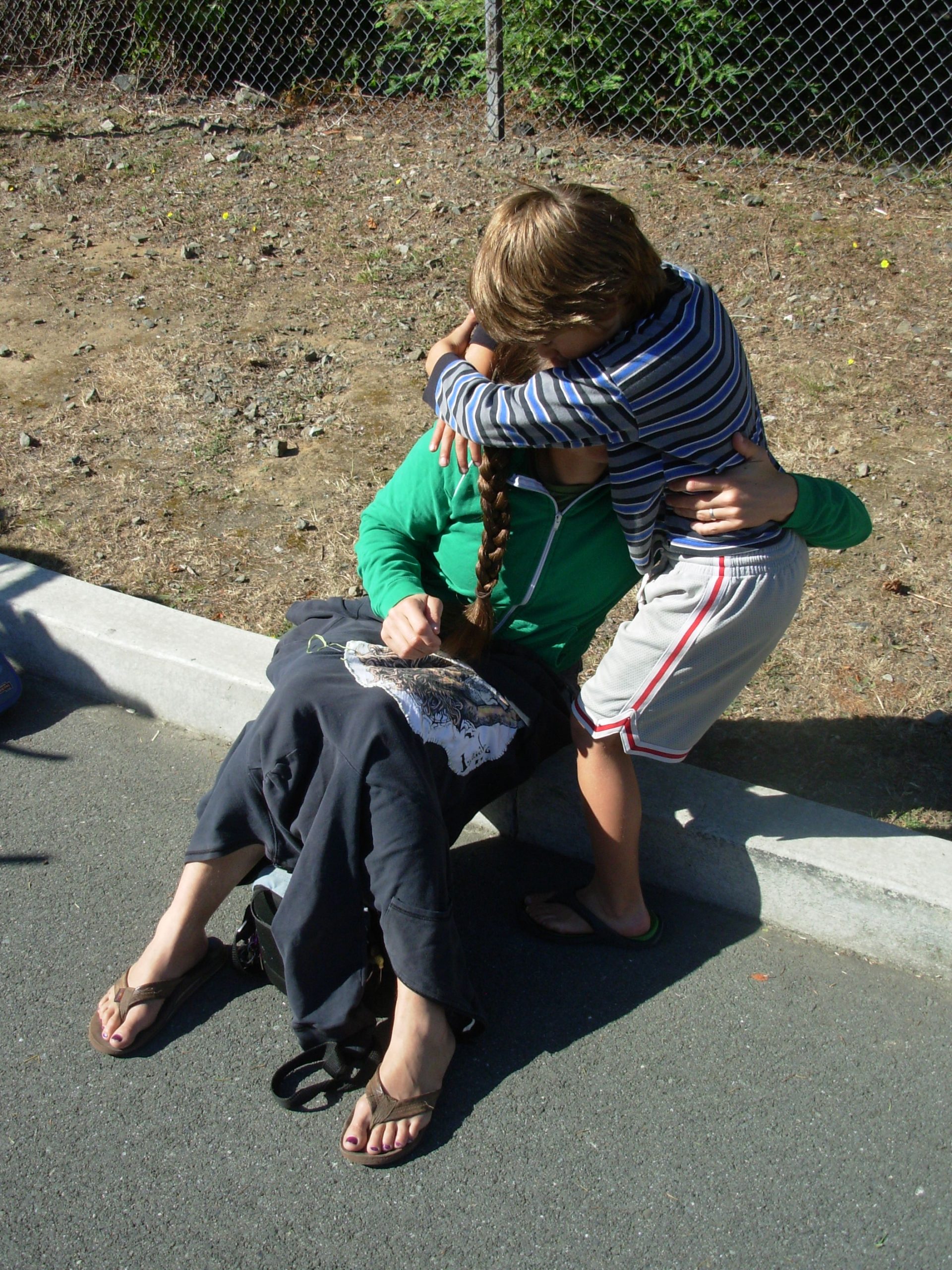 I feel slightly shame-faced posting this because I don’t want it to seem like I’m only, always bragging about my kids and give you guys the impression that I believe that it’s because Smiles and I are awesome or something.  Because I’d really have to puncture that bubble if you thought that.  Smiles and I are really just way to human and have messed up parenting as often as we’ve succeeded, I think, but God has been really, really gracious and has used our failures and led us in our successes as parents.

On the flip-side, I think parents (especially parents of teenagers) need to know that it’s okay to really, really like your kids, and celebrate the things that are wonderful about them, so here goes, at the risk of someone thinking that I think it’s my goodness, rather than God’s, I’ll once again post about how much my kids shock me into wonder at what a good and loving God is forming them into something great.  (For the record, when my kids were little, my biggest prayer was “My kids are gonna hate You because of me, God.  I’m screwing everything up down here and You’re gonna have to fix all my mistakes!”)

So, yesterday I had an epiphany that made my heart sparkle and my mind rush to thankfulness.  I realized that when Philippians 2:4 says “Do not merely look out for your own personal interests but also for the interest of others”, that this is at the core of why our family works so well together.  We just do that.  I was shocked and amazed (once again, not really an intentional thing, just a reflection of heavenly grace towards us).  I haven’t been able to figure out how that worked out.  All I know is that, yesterday I realized that my kids just aren’t very selfish, like most people their age, and every other age.

Then I realized that most of my friends aren’t really as selfish as they could be either, at least not towards me.

There have been times in life when I’ve been afraid, when I’ve been sacrificing my own agenda to take care of someone else’s needs, and thought “Will there be someone to take care of me when I’m old and needy?”  I try to spend my life for the sake of others, knowing that my time on earth is limited and I need to spend it well.  I think time is one of our greatest resources.  But then fear creeps in.  What if I’ve spent all my time and energy on others and get old and don’t have the same love and care surrounding me that I’ve tried to give away?

Then I saw my children.  I saw my friends.  And I saw that when you aren’t just looking out for your own interests, it liberates others to do the same.  It’s like standing in a circle, backs faced away from each other.  You can take on the world at that point, because you all have each other’s backs.

Sometimes the Bible doesn’t make any sense… until you obey it.  We find a ridiculous amount of upside-down principles like this one or the one about it being more blessed to give than to receive, or the thing about finding your life in losing it.  It’s all so backwards from the way we think about things ordinarily.  But if He’s God and has ordered the whole, entire universe, then doesn’t He have every right to tell us how things should work.  These are Kingdom Principles, and I don’t know about you, but I really want to live according to those principles, because that Kingdom is a much better kingdom than this earthy one.  And besides, when we follow His lead and His example, He’s the one whose got our backs, and there’s no one who could ever do a better job at that!

* I do feel a need to put a clause in this one.  I spent years of my life with a wrong understanding of this passage in Philippians, and rather than reading “do not MERELY look out for your own personal interests”, I excluded the word “merely”.  I was completely taxed, exhausted and unable to feed anyone else, because I was so emotionally-emaciated.  We cannot feed others for very long when we are starving.  I also found that it is easy to have a lop-sided view of what it means to look out for others’ best interests.  We let countless people sleep on our couch, only to discover that we had enabled them to avoid the more important things, like learning how to be a contributor.  We thought we were looking out for their best interest, but instead we were allowing them to act like full-grown toddlers and crush us in the process.  I would never want (or let) my kids act like that, so why did I think it was appropriate to let someone else’s kids take advantage of me?   Yet, not everyone who stayed with us was “enabled” by this form of hospitality.  We had one dear friend, who lived with us for a year, and this really was his greatest need (and he was thankful for it the whole time!).  There is a real balance here.  James 1:5 tells us to confidently ask God for wisdom, when we find ourselves lacking it.  Each situation that we find ourselves in requires wisdom, because each person is different.  What may be one man’s best interest may be another’s worst.  And often we only see surface level, physical stuff, when someone’s greatest needs are most likely internal, but are sometimes best met by alleviating the physical needs first.  When you are showing the type of hospitality that I referenced, one thing I’ve learned is that there’s nothing wrong with setting healthy boundaries.  But still, look out for one another’s best interest, because even boundary-setting can be done with someone else’s well-being in mind.