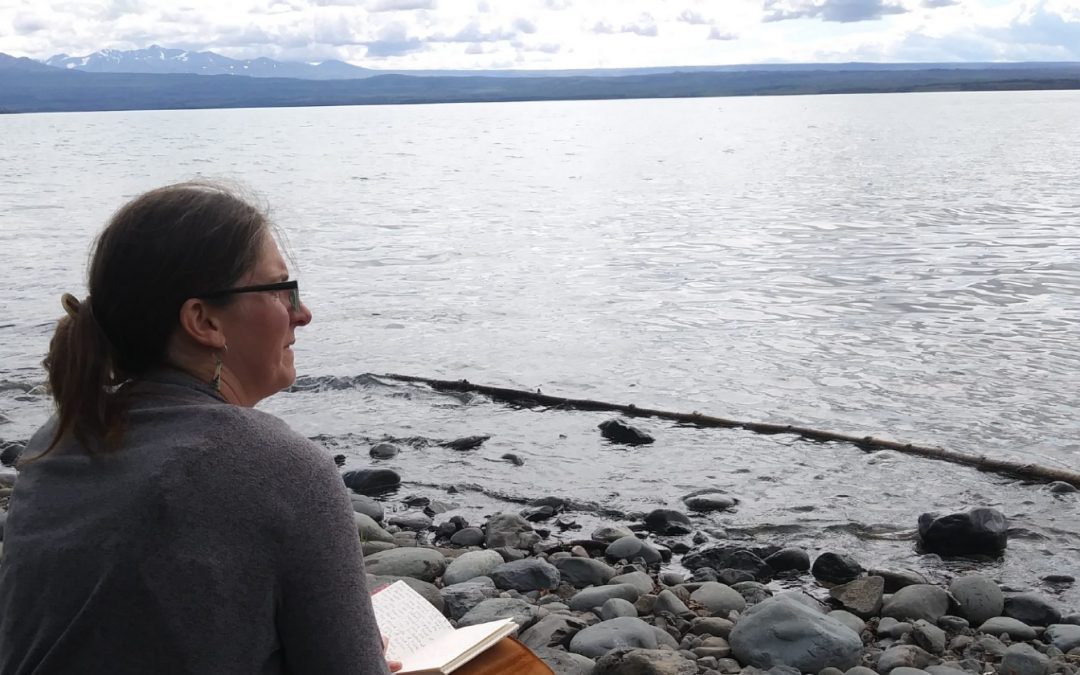 I recluse when I’m in the thicket of struggle.  I don’t mean to.  I deeply value vulnerability, especially my own, because I know being honest about my struggles can lead to freedom in someone else.  I have fought that demon “Shame” in much fiercer battles in my own life than most will ever have to.  Knowing shame’s weak spots and the power of the cross is something of a super power.  It is my super power, and my responsibility to, like Harriet Tubman, use the bondage of my history to lead others to freedom.

My natural tendency, when I’m overwhelmed or frustrated, is to distract myself with vices.  I could spend hours of my day simply wasting time, rather than seizing the opportunities to be present with God, or to be productive with my time.  Tell me how it makes sense to a logical mind to hide in the closet when you have so much to do, and still expect it to get done?  Instead of pressing into the hard places, I hide behind the fig-leaf of distraction.  I avoid sitting still.  Eventually, I get short-fused with my family, expecting everyone around me to meet my expectations and validate my worth, because I haven’t lingered long with the One whose affection for me is painted in the stars, or even spent much time scouring His Word to see His lavish love drawn with heavenly words.

Thankfully, someone handed me a mirror yesterday, and I saw the harsh reality of what I’d been doing.  Hiding.  The first step to freedom is confession.  Many, if not most people, can’t seem to make the first step because their shame is still parasitically entangled around their soul.  So, here I stand, like Harriet Tubman, showing you the way across the river.  Shame is a menacing, raging river.

It may seem trite to you that I’m confessing wasting time when you may be wrestling much more severe addictions than I am.  But my first wrestle with shame didn’t come because I was wasting my time.  It came because I was living the life of a meth-addicted prostitute.  I killed two babies before I was old enough to buy cigarettes, and ruined who-knows-how-many people’s self-worth with the infection of my sexual sins.

I came to Christ (or rather He came to me), with two blackened eyes, my dress half-torn-off, and bleeding from the gut.  I was not a pretty picture.  I didn’t feel worthy, for obvious reasons.  It took me seven and a half years, and a good marinade in the book of Galatians, before I understood that the cross was supposed to make me free.  Since then, it’s been nearly two decades of walking in that glorious freedom.

Even though I feel a little bruised from the past few months of seeking comfort in the arms of a counterfeit, rather than the embrace of God, I am grateful for the mirror that showed me my sin, and brought me into the light.  I am grateful for the invitation to stand at the river’s edge, and lead others to their own deliverance.

Let me begin by telling you a little about the cross, the gruesomeness of Christ’s love for you.  I used to think of the cross like a “Get out of Jail Free” card.  I had to say “sure, I’ll take it.  Thanks,” then I got to move on.  Because who wants to stare at the scene of a massacre for too long?  Others, who didn’t come into the Kingdom looking like a triage patient, are more offended that God would tell them they need the cross, that their sin needs absolved.  I wasn’t offended by that.  I was keenly aware.

But what I didn’t understand about the cross was it’s deep purification properties.  You may have heard it your entire life, that Jesus forgives us by the cross.  That He took the punishment of our sin on Himself on the cross.  But do you know He completely purifies His people through the cross?  Sin no longer has sticking power.  I can navigate through life, no longer crippled with the fear of doing something wrong, because I know with all my heart and mind, that the power of the cross is that no shame can stick to me.

I still don’t like sinning, for the same reasons God doesn’t like it.  It causes His bride harm.  I just confessed time-wasting.  The repercussion is that I have lost precious hours of my life, slid into mild depression, and been short-tempered with my family.  It could have been a lot worse.  If my sin had been adultery, it would have likely cost me my marriage.  Yet, because of the cross, I know the chasm I have built between God is not a chasm at all to Him.  All I had to do was ask for mercy.  For Him to come quickly.  And He has.  I don’t have to work my way out of a hole, or into His Kingdom.  I just have to open my hand, like a needy child, and look up.  Because my shame was abolished 2,000 years ago.

But the truth is, shame doesn’t prevent us from sinning, it prevents us from repenting.  It keeps us in hiding.  When we are found out, we try harder and berate our failures, rather than humbly approaching our Helper with confidence in His love, thus finding all the help we need to be made whole and free!

Let me also clarify that shame is not synonymous with conviction.  Conviction is when the Holy Spirit points out our sin, and it honestly feels good, because He is pointing us to the way of freedom, and His reproof is drenched with His affection for His people.

As a Christian, there are a few passages in Romans that have been a life-jacket to me throughout the years.  Since I’m playing Harriet Tubman right now, I ought to tell you about them.  The first is Romans 8:1.  “Therefore, there is now no condemnation for those who are in Christ Jesus.”  Let that sink in.  Sleep with that under your pillow.  Let it serenade you throughout your day.  If shame is a struggle for you, and you are a Christian, believing this truth is a death-blow to your nemesis.

The other is Romans 5:20, which says “where sin increased, grace abounded all the more.”  This means the greatest of your sins cannot compete with the grace-saturated love of Christ.  An old Puritan wrote this in prayer, “Gracious Lord, Thy name is love, in love receive my prayer.  My sins are more than the wide seas’s sand, but where sin abounds, there is grace more abundant.  Look to the cross of thy beloved Son, and view the preciousness of His atoning blood; Listen to His never-failing intercession, and whisper to my heart, ‘Thy sins are forgiven, be of good cheer, lie down in peace.'” (Valley of Vision; pg. 270).  It seems the old Puritan knew the secrets of God’s heart in the same ways He has whispered them to me.  I am certain we both learned them through the same, ancient, eternal Book.

If shame has you bounded and bruised, look to the Cross and to the Word.  These are the weapons shame cannot compete with.  Learn and believe what the Bible calls those who live in the underbelly of His mercy… “holy, blameless, pure, saint, worthy, beloved, cherished, etc.”

I almost lost my life in the battle with shame.  It’s actually a miracle I survived High School. To survive further, I had to accept the cross, and learn to let the Truth of the Bible truncate the feelings of my wounded flesh.  I would have died long ago, if I didn’t have victory over shame.

Because I had to learn how to fight battles with the foe “Shame”, when my crimes against heaven could have overflowed the Grand Canyon, it is so much easier in the present-day life, when I find myself tripping over my own sin once again (as I do almost every day), to pivot towards Grace and rejoicing.  To remember that God is with, for, and in-love with me, and that His affection is not based upon my performance.  He is mindful of me that I am but dust (Psalm 103:14).

In my fierce combat with shame, I discovered the weapons of a Christian’s warfare are “not of the flesh, but divinely powerful for the destruction of fortresses.  We are destroying speculations and ever lofty thing raised up against the knowledge of God, and we are taking every thought captive in obedience to Christ.” (2 Corinthians 10:4).  Many think combat only happens with fists and guns, but the core of who we are isn’t made of flesh-and-blood but rather spirit.  A Christian’s battle is more in the spirit realm than in the flesh, and this war with shame is part of our spiritual battle.  It is not of the flesh, but rather a battle of mind and truth.  It is about believing in God’s grace or not.  It is about letting ourselves be fully known by the Most High, or hiding behind fig leaves.  It is about walking in joy, when your sin is discovered, or letting it become a chasm between you and your God.  It’s about vulnerability or superficiality. It’s about living under the enemy’s bondage or in the light of Christ’s freedom!

In the spirit-realm, we win battles in our mind.  We must bend our minds towards the Truth of the Bible, by preaching to our own souls.   We must tell ourselves what to believe, and it must be in keeping with the Truth of His Word, which says the cross makes us thoroughly forgiven, and cherished.  We must cut the head off that ugly serpent “Shame” with the “sword of the Spirit, which is the Word of God” (Ephesians 6:17).  Because, shame ought have no power over the Church.  He has kept us in hiding long enough.