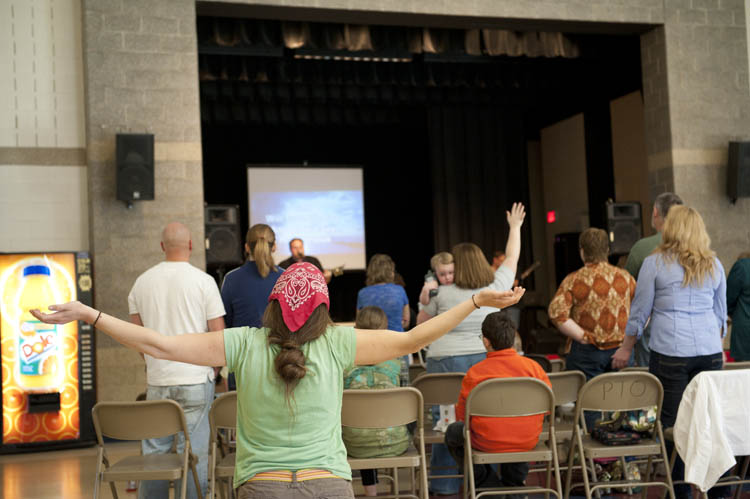 I walked outside with two younger friends, to shower them with a little love in the form of soap.  One is about to leave town for the summer, the other potentially for good.  It seemed right to make sure they would carry a little Athenian bliss with them on the journey.   One remarked on my generosity (which seems silly considering that it’s just a little soap).  I stopped in my tracks, held out my hands, and said “This is a life lesson.  If you live with your hands open, you will not cling too tightly to what you have, so you will be free to give it away, but you are also opening your hands to the blessings God wants to pour into them.”  We kept walking to my trunk, smiling grateful, knowing the wisdom of that was more valuable than all the soap in my trunk.  I had learned somewhere along the way to unclench my hands to giving and receiving grace, and grace, in my world, often looks like chunks of soap.

A few days later and I’m sitting at the bedside of a grieving young mother, watching her wade through a miscarriage, unsure of whether or not she’d had one.  She did.  And I stood in awe.  I saw her unfurled fingers, heard the prayers of her holy husband, and saw the surrender on her face.  She knew that, if this baby were to survive or not, he/she belonged to God and He was free to do whatever He saw fit.  She would submit to His wisdom, and love His goodness, even if her circumstances were brutally hard and her heart broken.  This time, I stood on the receiving end of the wisdom.  I saw, in someone half my age, the glory of living with open hands.

A few days later, and I am telling a group of women in the basement of our church about my thoughts on open-handedness.  My friend, Tawn, one of the most radiant women I know, told us about how choir directors will often encourage their singers to open their palms because it opens them up.  It makes the blood and song flow more freely through their arms, neck, vocal chords and out their mouth.  Openness.  She exhibited the same posture I had held with my own hands, as I was telling Sophia and Maddie about it earlier in the week.

I told Tawn I often hold my hands like that in prayer, because I want to receive from God.  I want to receive God.  I used to think prayer was for airing laundry lists, for stating my needs.  Now I understand prayer as a means of communing with the Most High, of both offering myself to Him, and receiving Himself to me.  I used to avoid praying with palms up and open, because it reminded me of Buddhist meditation, and I am a Christian.  But I began to see the Bible speaking of meditation.  It wasn’t the same sort of meditation.  It wasn’t just an emptying.  It was a filling.  Like generosity given often leads to generosity received.  I began to see the wisdom of stillness and receiving.  I began to understand the fruitfulness of entering deeply into the moment’s pause and unfurling my hands toward God.

When I clench the fist, it is usually because I am anxious and closed off.  I am holding tightly to wounds, stress and all sorts of other negative things which need released.

It is easy to go through the motions of this.  To intentionally hold my hands, palm up, fingers wide.  But the objective isn’t an action, but a heart posture.  Just like any other action, this begins with a belief.  My steadfast belief is that God is good (despite the state of the world or my own circumstances), that He is working it all out for my good, that He owns everything (my life, my time, my stuff, my talents, my breath), and that if I remain open to Him, He will infuse me with blessings beyond human means.

So, I lay my palms to the sky, and offer to Him what is invisible to the naked eye… Gratitude.  Because He has taught, and is teaching me to breathe deeply in Him.  To lean deeper and deeper into His communion.