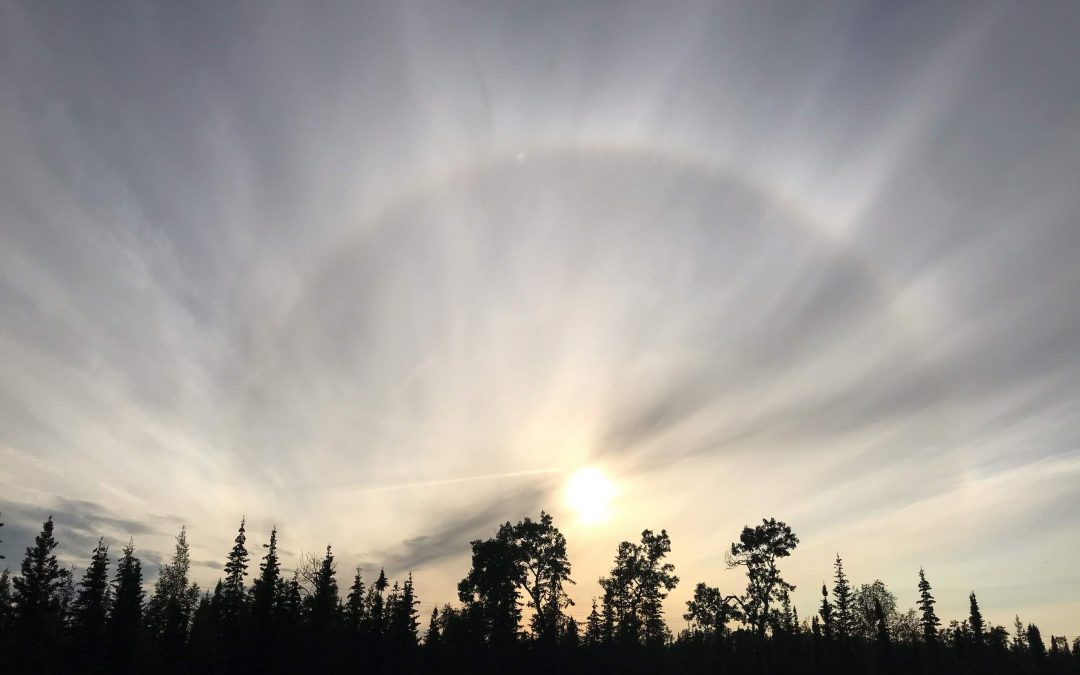 Do you remember the play/movie “Little Shop of Horrors”? If I remember correctly (it’s been a few decades since I’ve seen it), there was a man who owned a Venus Fly Trap, and had to keep murdering people to keep his plant fed. The plant consumed his life and all his attention, and brought insidious shame and bondage to the man who ought to have killed the plant as opposed to the people.
This reminds me of bitterness.

In Scripture, it says “See to it that no one comes short of the grace of God, that. No root of bitterness springing up causes trouble, and by it many be defiled.” (Hebrews 12:15).

This morning I have been musing over the theme of bitterness, and am reminded once again of the consequence. There is someone I care deeply for who has been bitter for as long as I’ve known them. The bitterness has tainted every relationship. All their relationships seem to be either someone they are bitter against, or someone who they have made an ally to gossip and slander against others with. Often these flip-flop and the ally becomes someone to slander… because that’s how bitterness works. This is a Venus Fly Trap that needs dug out at the root. A murderous plant destroying every relationship they have.

I have been bitter before, and have learned a few things that I want to share, to hopefully spare others some grief.

1. Bitterness is often preceded by hurt, yet exaggerates the truth over time.
Bitterness often begins with a sin committed against us. Often this sin is repeated over and over again, and we are faced with the temptation towards bitterness, especially if we feel ourselves to be innocent in the matter. By the time we are bitter, we have often justified our self-pity to the point that we are inventing new crimes, so the person who we’ve become bitter against has no hope of reconciling due to the fact that the sins counted against them are not even entirely their’s to own. It is hard to have any resolve to the conflict, because many of our accusations are false and no one wants to admit to something they haven’t done. Yet, there is usually some legitimate hurts entangled within, and it has become indiscernible which is true and which isn’t. The truth is, bitterness is blinding, and blind people have a difficult time discerning anyways.

2. Bitterness isolates us.
When we feed bitterness, overtime we can chase others away from us, which becomes a new reason to be hurt by more than just the one we were originally bitter towards. Our lives become marked with self-pity and misery, and no one is attracted to someone who licks their wounds in the corner and growls at or even bites anyone who comes near to help.

3. Bitterness is an idol.
When I was bitter, I was also incredibly hurt. In my/our case, we were being bullied and our kids were being bullied by two people who ought to have protected and cared for us. It was years of this. Mountains of hurt. We were sinned against in the same ways, multiple times a week, for years on end.
We had one friend who was willing to be honest enough to tell us we were bitter, but the problem is, we knew we were bitter. We just couldn’t detangle our bitterness from our deep wounds, so we had no idea how to overcome it. The bitterness was our responsibility, but the hurt was outside of our control. But we had no idea how to overcome when they were so interwoven.
Finally the friend pointed out that our bitterness was an idol. Suddenly I imagined myself clutching my hurts with a tight fist, then unfurling my fingers and turning my hands upside-down to drop them. That is how we triumph over idols. We release them. We unfurl our clutched fists.
I was finally able to let this person’s hurts be their problem. When I was free from the idolatry of bitterness, I was no longer as affected by the person’s sins against me.

4. We overcome bitterness with compassion.
It took awhile for me to crawl out from under my own hurt and realize that the person who was wounding us was also wounded. Most bullies were bullied, and in this person’s case, he was bullied by his own father. In his wife’s case, she had been hardened by living with an overbearing husband. They were dysfunctional people and my family was reaping the consequence of it.
In many cases, the right answer would be to distance yourself from someone like this. And perhaps that would have been easier, but we didn’t feel the liberty to do so. Instead, we were fortunate enough to learn some irreplaceable lessons by walking through the suffering.
For one, I learned how to healthfully address conflict, and to not allow someone else to dominate me. People are usually naturally born with a fight or flight instinct. Neither is healthy. I was flight. These people were fight. I had to learn that sometimes addressing conflict is how we make true peace, and that avoiding addressing it, when it exists, doesn’t make it go away. It usually just makes us bitter.
And I learned a lot about compassion.

My mama always told me to put myself in other people’s shoes, and I thought it was a funny analogy as a kid. I pictured myself sliding my child-sized feet into the shoes of others, like Ronald McDonald with his hefty, bright red shoes that were as long as his legs were tall. But now I understand what she meant. We have to learn to think mercifully towards others. Not to let their sin define them, but to remember there may be external (or internal) issues in their lives causing them to act in such a way that harms us or others. Perhaps they just think differently and are oblivious to the fact that their behavior may be hurtful. Perhaps they are suffering in such a way that it blinds them to the feelings of others. Perhaps they have no self-control and this bothers them even more than it bothers us. Perhaps they are living with insidious shame, and don’t know how to treat others well because they can’t even treat themselves well.

Whatever the case may be, we are not the only wounded party. Someone wisely once said “Hurt people hurt people,” and once I heard that, I have never stopped remembering that the hurt someone has caused me probably originated elsewhere.
If we can have compassion for those who harm us we can heal a thousand wounds.

5. We don’t have to allow others’ behavior to control us.
When we are bitter, or when we nurse our hurts, we are giving sin control over our lives. We often think it is someone else’s sin, because it began with a wound we experienced, but it quickly becomes our sin when we choose to nurture it, rather than choosing to forgive and trust God with it.

There are two truths that have carried me through any suffering I have ever experienced in life: God is sovereign, and, He is working it all out for my good. With this knowledge, there is no amount of harm done to me that is apart from His righteous and rich workings in my life, nor anything any one could do which He hasn’t allowed for my good. When I look to Him, the petty sins I could so easily become bitter about fade into an almost indiscernible haze, and the crimes of others lose all control over my mental, emotional, or spiritual health. In fact, they all become things that draw me deeper into the embrace of God.

And finally, a Clause: I am, in no way, insinuating that someone ought to stay in an abusive relationship, or intentionally allow others to abuse them. This article is to help people overcome bitterness, not to teach others how to let themselves be abused. Please don’t take it as such.

May the God of peace flood us with freedom and joy!